Because 98% of HealthTech Innovation Doesn’t Have to Fail 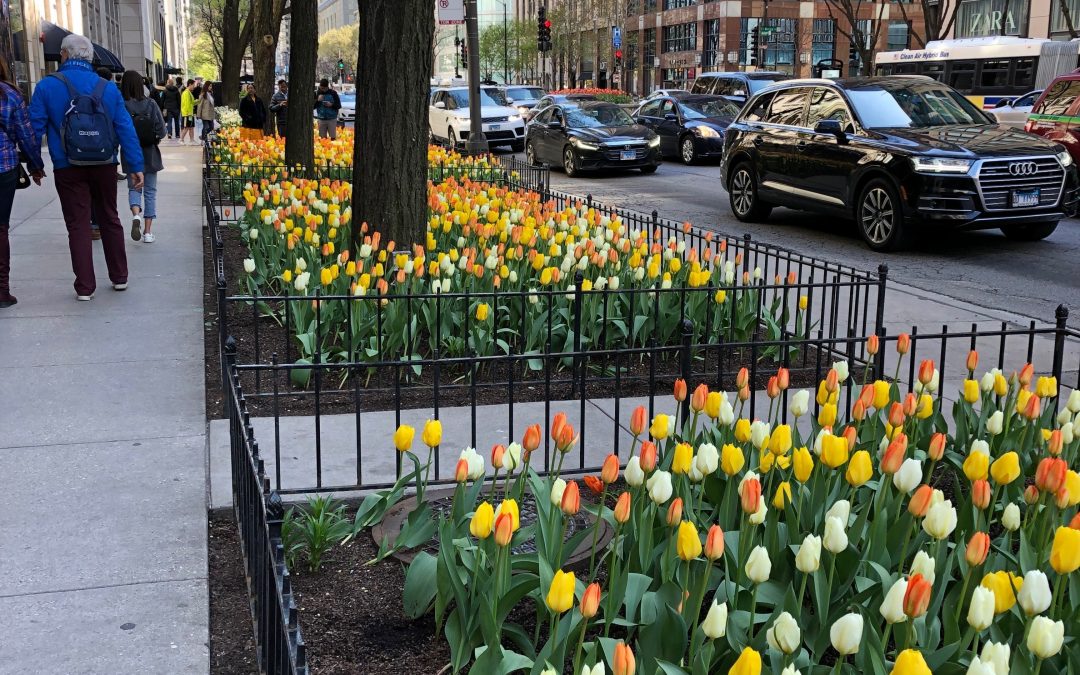 It was your typical April day in Chicago, sunny here, cloudy there, and not particularly warm. Walking toward the Ritz Carlton that Wednesday morning, I felt hopeful that the tulips gracing the Magnificent Mile might actually last more than a week or two this year. I was headed to the MedCity Invest Conference, an annual gathering of healthcare thinkers and doers. From venture capitalists to startup founders, it was a veritable who’s who of healthcare innovation where physicians were, notably, in the minority. Between all the pitches, panels and keynotes, attendees had their focus on networking with the intent to build, scale, fund and grow innovation in an industry that, in their view, sorely needs transformation. Everyone seemed to agree that healthcare is a mess and must be fixed.

According to the Centers for Medicare and Medicaid Services (CMS), in 2017 the United States spent $3.5 trillion dollars on healthcare; approximately 18% of its gross domestic product. In that same time frame, venture capitalists invested $6 billion in start-ups, all of whom promise to “fix healthcare.” Yet only 2% of these start-ups’ innovations ever reach the humans they intend to serve. Put another way, 98% of digital health start-ups fail. Indeed, something needs to be fixed!

After MedCity, I headed over to Taos, located in Chicago’s River North, a swank restaurant and nightclub district where Stanford Medicine was hosting a conference on AI. Here power players in academia, health systems, payers and technology gathered to discuss how to reduce the cost of care by leveraging AI in healthcare to create value. Each echoed the gospel of healthcare innovation (it’s too hard, too slow, and too complicated; incentives are not aligned) and promised that things will change as healthcare reimbursement shifts from fee-for-service to value-based care. I left the Stanford conference pleased to have seen some agreement that the gap between healthtech-preneurs and the healthcare establishment needs to close and gratified that Chicago was beginning to shed its “fly-over country” reputation amongst the Silicon Valley set.

Later I walked a mile south, crossing one of the storied trunnion bascule bridges that span the Chicago River to attend the Council on Global Affairs. As Chicago’s architectural glory loomed above and around me, I passed busy shoppers, bright-eyed families on spring break, hurried business people and, everywhere, the city’s homeless. Among that last group, each seemed hobbled by a different type of tragedy: a schizophrenic taunted by hallucinations, a panhandler funding his addiction, or a mother with children just looking to survive the unfair hand they’d been dealt—a group not unlike many of my patients.

Meanwhile, at the Council, I heard MIT Professors Johnathon Gruber and Simon Johnson share their proposal to jumpstart America and revive the American Dream. Gruber and Johnson proposed an increase to government-funded innovation opportunities that are focused on technology and aimed at smaller cities. Their goal is to support places beyond San Francisco, New York City, Boston and Chicago to establish, develop and scale technology incubators and accelerators. Funding would be obtained through an application process, and among other requirements, it would be tied to each locale’s commitment to revamping public schools and building the necessary infrastructure. The professors pointed out that most of America is considered “fly-over” country by tech innovation leaders but that for innovation to work, opportunities must be available to everyone.

Later that evening, I walked back to the Near North neighborhood to attend an informational session for Doctors Without Borders, or Médecins Sans Frontières (MSF), held at the Alliance Française. Entering the auditorium, I was struck by the stark contrast between my earlier meetings and this one. In a utilitarian conference room, humans—some in scrubs, others in jeans, many clearly having had a busy day—sat glued to a presentation that took us miles away from Chicago.

At MSF, there were no cuff links, suits, Patagonia vests or professors, and no one discussed venture capital, private equity or exit strategies. The currency of investment was blood, sweat and tears. In the canvas clinics of the developing world, basic services, vaccine programs, childbirth, and surgery are at the top of the agenda. Power outages, Ebola and cholera are the order of the day. And innovation comes from deep knowledge and experience, from meticulous attention to detail and advanced planning. Success requires the ability to simultaneously fly by the seat of your pants, work collaboratively with local MSF staff, and adhere to life-saving protocols.

The ideal volunteers, generally felt to be ER docs and nurses, are “committed, compassionate, humble and flexible” and not dependent on the bells and whistles of technology because in “the Democratic Republic of Congo ‘ICU’ means there is oxygen and possibly a lamp to warm a newborn”—not the conditions your typical physician working at a tertiary health system or tech Titan is likely to adapt to easily.

Reflecting back on this day in April, I see a number of possible explanations for the challenges facing healthcare innovators. Certainly, being an entrepreneur is difficult; it requires hard work, resilience, persistence and, yes, a willingness to fail. (However, I think this 98% failure rate is sometimes mistakenly treated as a badge of honor—like an inescapable reality to be tolerated, expected or even accepted).

If we take a minute to think about this, though, the implications are quite startling. Maybe VC’s are simply backing the wrong companies 98% of the time. Perhaps a system of entrenched interests engages in a very expensive and wasteful game of “innovation theater” in order to keep the status quo. It’s possible that doctors are too rigid and difficult. Or maybe it is, as Howard Tullman suggests, that the seemingly ubiquitous arrogance and inexperience of young founders dooms these companies to failure. While I don’t agree with Tullman entirely, I believe the issue he’s highlighting deserves some attention.

Tullman’s comment alludes to one of the fundamentals to success in healthcare—getting product market fit right—and explains why so many fail so often in this area. Founders, enamoured with the shiny object that is tech often fail to see their biggest blind spot—the workings of healthcare itself—and as a result they build products that lack viability, desirability and feasibility. Having worked with well over 100 start-ups in 7+ countries within the house of medicine and in corporate America, I’ve concluded that it boils down to two key factors: knowledge and trust.

I founded InSun to help cultivate these essential elements in healthtech innovation. I remain in awe of all the good humans I encountered that day in this vibrant American city on the shores of Lake Michigan. My goal at InSun is to support them in doing their good work, offering executive leadership and advisory services so our clients can effectively and efficiently navigate the ravines of healthcare building the knowledge and trust needed to fix the problem we all see so clearly.

In our next blog we’ll take on knowledge and trust and how to establish them in healthcare. It’s an important journey…I hope you’ll join us.